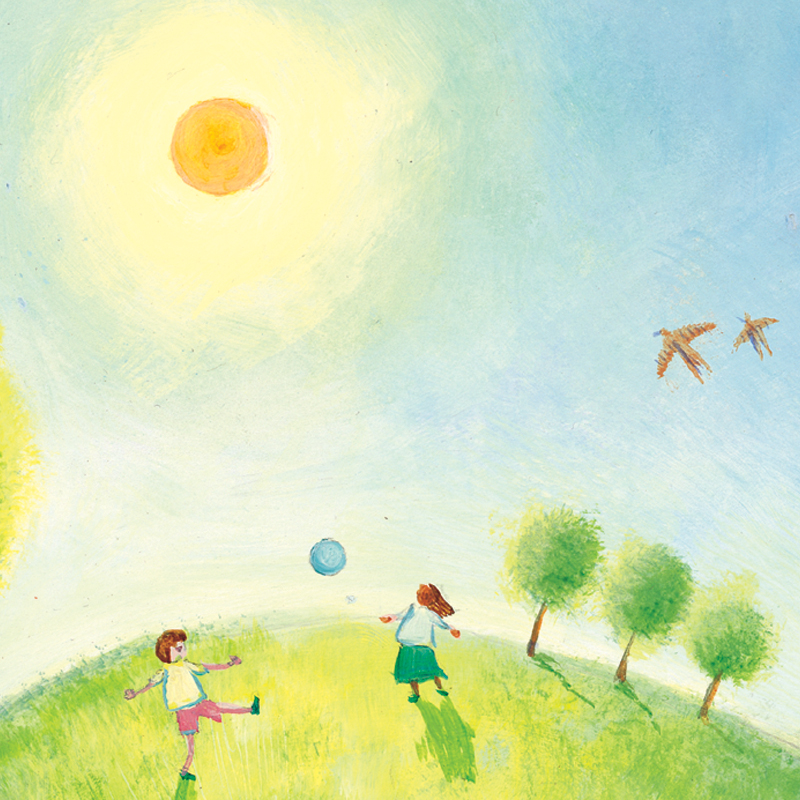 Whether you call it Mayday, Beltane or Labour Day, celebrate 1 May - the start of summer for many of us.

While some people refer to it as Beltane, 1 May is most often known as May Day in the northern hemisphere. While, in our modern world, summer doesn’t officially start until 21 June, in times gone by, May the first was often regarded as the time when summer really began.

Easter was behind us, the days were definitely getting longer; gathering in the harvest lay months ahead; and it was time to put on a garland tiara, our prettiest muslin dresses and smartest muslin shirts, and dance an intricate dance with ribbons and streamers around the maypole on the village green. In the evening, celebration bonfires were lit and a great feast was consumed. At least, that’s the image.

It’s thought that what we now know as May Day is actually a combination of different holidays including the old Celtic Bealtaine, and a Roman flower festival, honouring the goddess Flora. In some parts of Scotland and Ireland, Beltane fires are still lit on 30 April: there is a large festival at Calton Hill in Edinburgh.

The date is celebrated in over 65 countries worldwide, and is often known as International Workers’ Day or Labour Day. The tradition of a spring holiday lives on: in many countries, the first Monday in May is a bank or national holiday. Labour, or Labor Day, grew out of the nineteenth century fight, especially in America, to make an eight hour day the average day for many workers. It’s a little ironic that Labour Day is now celebrated in the autumn in the United States.

In some parts of England you’ll see morris dancers performing complicated dances in the village square; you might also see the May Queen, and a Green Man or two, thought to represent the spirit of the forest. In some parts of the world, notably Finland, Germany, and Sweden, it’s the day before May Day that is celebrated, as Walpurgis Night. In Germany in particular, mischief is the order of the day, with the “stealing of the May tree” a tradition in some areas.

May is a very special month: the world starts to come alive, and around the world there are many festivals, starting with May Day (or Beltane, if you prefer).

Do you have any traditional Mayday or Walpurgis Night traditions? Do you think it’s the start of summer, or do you think it’s still not quite warm enough to mark the changing of the seasons?