Skip to main content
Home Blogs admin's blog The elephant in the room? A few facts about our largest land animal

The elephant in the room? A few facts about our largest land animal 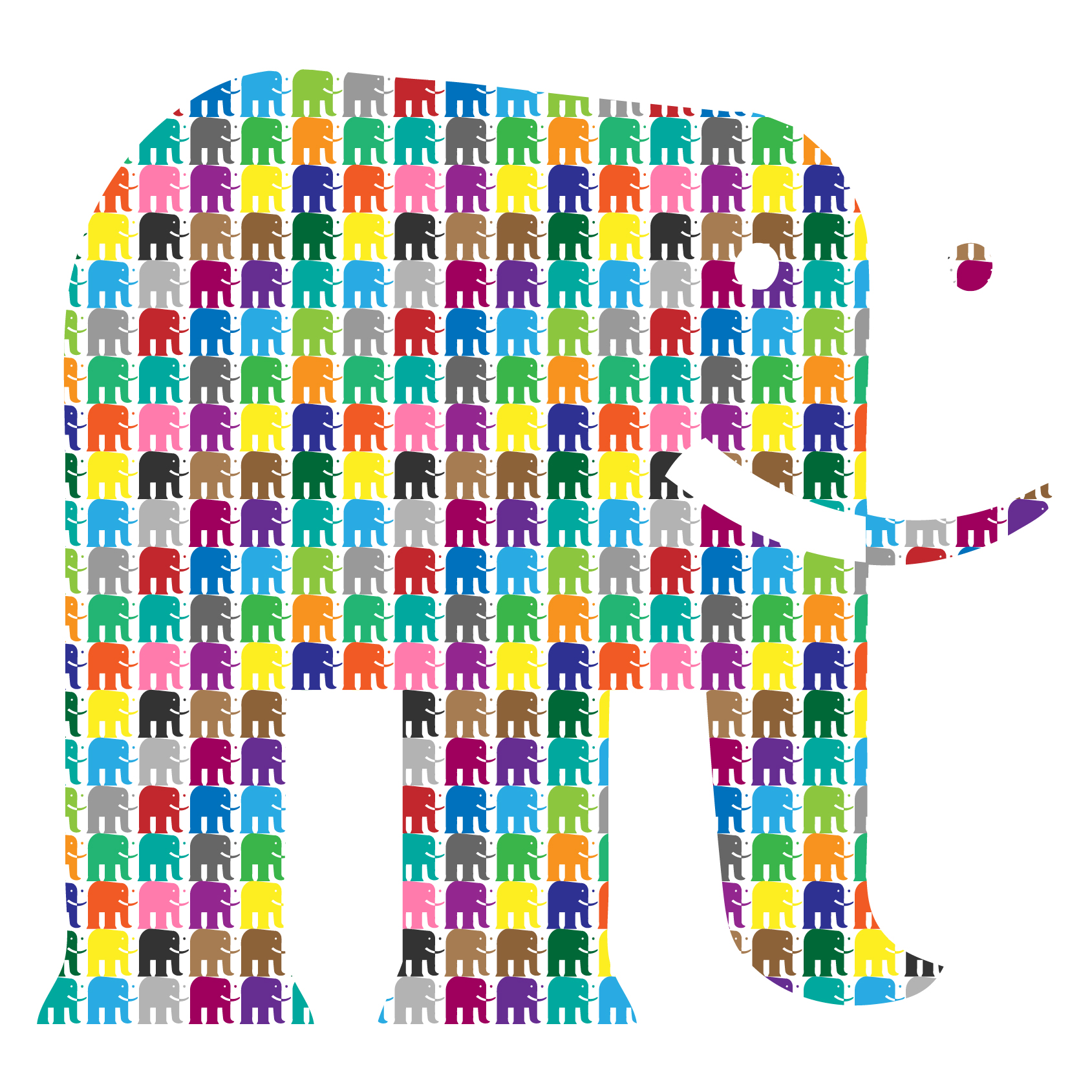 You might have noticed that Mantra Lingua’s logo includes at least one elephant – so we thought it might be quite fun to have a look at a few elephant facts. You probably already know that the elephant is the world’s largest land animal, and that they have rather large ears and a splendid trunk, but there are many other facts you might not know.

Natural history experts now think there are 3 species of elephant (they used to think it was 2). The species are the African bush elephant, the African forest elephant, and the Asian elephant.

Ear, Ear – How Do You Know If It’s An Asian Elephant Or An African Elephant?

Believe it or not, the ears give away an elephant’s species. African elephants have very large ears, shaped very much like the continent of Africa. They require such large ears to help them keep cool in the blazing heat of the locale. Asian elephants, meanwhile, have smaller ears, as they mainly live in jungles, where it’s cooler. Their ears, however, are also shaped like a continent – in this case India.

What Do Elephants Eat?

As you’d expect, elephants have large appetites – they need a lot of energy, being so big, so they need a lot of food - between 200 and 600 pounds a day. They eat for between 12 to 18 hours a day – and they’re vegetarian (or, more accurately, herbivores). They enjoy eating fruit, grass, and plants, and an adult elephant can drink up to 200 litres of water per day. (They also create a tonne of poo each week. We thought we'd just sneak that fact in at the end of the bit about diet.)

What About Elephant Families?

Elephant herds are matriarchal, so with these animals, mum really does know best. Elephants live a long time, almost as long as humans, and when they’re expecting baby elephants, they’re pregnant for a long time: 22 months.

Other Interesting Facts About Elephants

Elephants are either right or left handed – or rather “right-trunked” or “left-trunked” as they use their trunks for most work. They are extremely clever, helpful animals, and can dig for water with their trunks, which they also use to uproot and move trees. They can’t run, although they can walk extremely quickly – their top speed is around 24 kilometres per hour, or just under 15 miles.

So Do Elephants Have Excellent Memories?

You’ve probably heard the saying “an elephant never forgets” or “a memory like an elephant”. Elephants live almost as long as humans, their average lifespan is between 50 to 70 years, and there are plenty of examples of elephants recognising others in their group, remembering other elephants they’ve previously met, and humans. We also love the thought that elephants can recognise their reflections in the mirror.

The Future Of Elephants

Numbers of elephants are continuing to decline. It’s thought there are only around 50,000 at most left in the wild; they continue to be hunted for meat and the ivory in their tusks, despite the ivory trade now being illegal in many parts of the world.  There are thought to be fewer than 40,000 Asian elephants left.

Why Are Elephants Important?

All species are important, but elephants are what is known as a keystone species, who help to create and maintain the ecosystems where they live. Their presence makes it possible for many other creatures to live in the environment.

So, here’s to the elephant – one of our most important mammals.

Unless otherwise stated, all references were accessed successfully on 16 August 2019