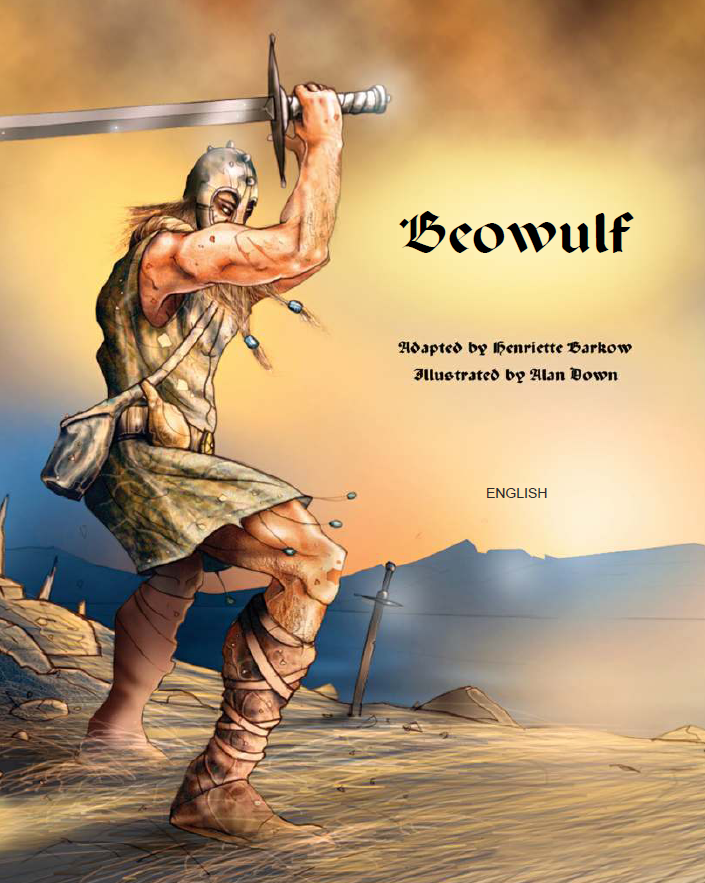 For twelve years, Grendel, a ferocious and bloodthirsty creature, terrorises King Hrothgar's people, killing and devouring their bravest warriors. That is until one day when Beowulf, the strongest and mightiest of the Geat warriors, arrives on the Danish shores determined to defeat Grendel. When Beowulf slaughters the vicious creature the kingdom rejoices, but the celebrations do not last long. In all the excitement, the people of Hrothgar have forgotten about Grendel's keenest ally…

This gripping dual language adaptation of the Anglo-Saxon epic makes the legend of Beowulf accessible to readers of all ages. As well as offering a thrilling insight into Anglo-Saxon history, this reworking of the 8th century poem can be used to introduce readers to the study of Old English and epic poetry. Brought to life through Alan Down's powerful illustrations, Beowulf's exploits also invite discussion of heroism, myths, and legends.

This ebook contains text and narration in both languages, making the stories ideal for those new to English, or wanting to learn a new language. There are follow-on activities including audio flash cards, matching pairs, label the parts, sequencing the story and a video questionnaire. An animated video of each story is provided in English.

The licence to use this ebook is for a single user for 365 days from the day of joining.