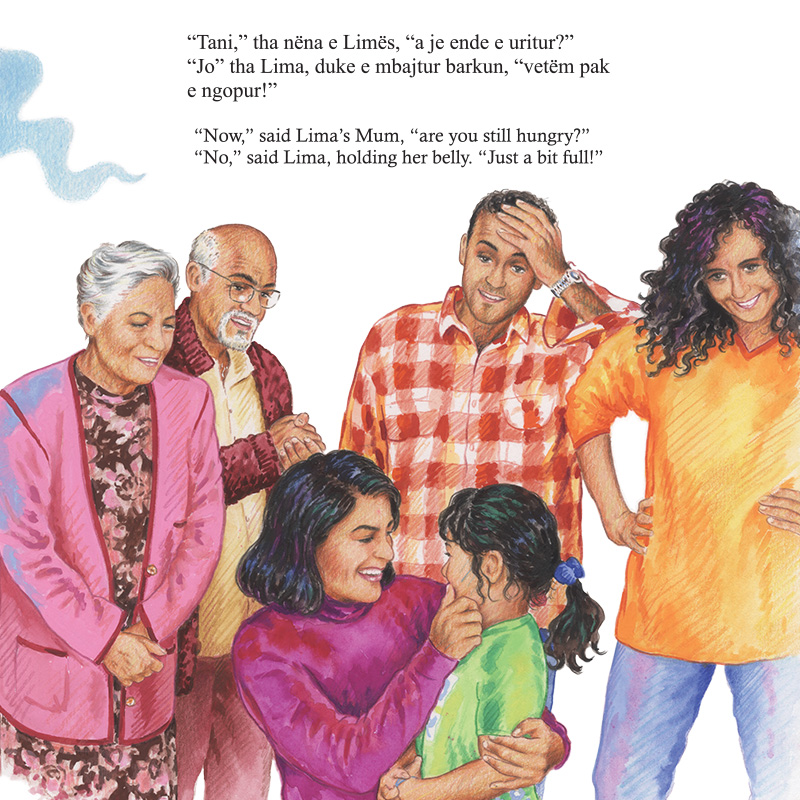 What was the first dual language book?

Well, technically, the first dual language book that we’re aware of was more of a stone tablet. If you’ve ever heard of the Rosetta Stone, or been lucky enough to see it in the British Museum, you might know that although it includes three versions of a decree, it’s actually written in two languages, Ancient Egyptian and Greek. It was found in 1799, and it’s generally accepted that it was some of Napoleon’s soldiers who found it when they were digging some foundations to extend a fort near a town called Rashid, also known as Rosetta, in the Nile Delta.

The original Rosetta Stone is thought to have been created around 196 BCE. Since many scholars were still able to read Classical Greek when the stone was discovered, it was possible to decipher the other two languages. It was an Englishman, Thomas Young, who first realised that some of the hieroglyphs spelled out the name Ptolemy, and his rival, French scholar Jean-François Champollion, who realised that the symbols spelled out the sounds of the Egyptian language.


What other dual language books are out there?

Leaving aside dictionaries, textbooks and phrase books as some of the most obvious categories of dual language books available, what else is out there?

In general, many parallel texts, or dual language books, are translations of tales by Charles Dickens, Proust, Arthur Conan Doyle and other classical authors, with a few more recent works by authors such as Ray Bradbury and Roald Dahl.  Folio Bilingue specialises in French to English dual language works, and Penguin also has a parallel text series. Dover is one publishing house which has been producing dual language books for several decades.

There are also numerous dual language editions of holy books available; the Bible is still the most translated book in the world. The Loeb Classical Library is a subscription-only collection of texts from ancient Greek and Latin, translated into English alongside the original language. The Clay Sanskrit Library features over fifty works available from purchase with Sanskrit on one side and English on the other.

(In case you’re wondering why Sanskrit is so important, most linguistic scholars agree that Sanskrit was the origin for many languages in the Indo-European language family.)

And what about dual language books for children?

A few companies publish dual language texts, although most are translations of the classics, or in languages like French, German, Spanish, Russian, and if you’re lucky, Polish, Russian, Japanese, Bengali and Panjabi or Punjabi.The Children’s Evergreen Classics are Dover titles, and in recent years some manga have been printed in both Japanese and English (although not all manga are suitable for children). Relatively few publishers specialise in dual language books for children and even fewer produce titles suitable for early years.

Staying with dual language fairy tales, there are a few free repositories out there, such as https://www.grimmstories.com (although again, some of the original Grimm fairy stories weren’t necessarily aimed at children).

There are, however, relatively few dual language book titles for younger readers.

What’s the history of dual language books for children, anyway?

Although there’s evidence to support the theory that dual language texts are effective tools for language learning, and there is research into translation of children’s books in general, there seems to be a surprising lack of academic interest in the history of parallel texts, bilingual books, or dual language books. Even when using the more academic term “parallel corpus”, children’s books appear to have been pretty much disregarded.

Since English is currently the dominant global language, most books which are translated are translated from English into the target language. It seems to be relatively rare that books are translated from other languages into English. Translating one language to another is as much an art as it is a science; when it comes to translating stories for children, the picture can be even more complex. In recent years it's become more obvious that many stories written in English have few, if any, BAME characters, despite our multi-ethnic, multi-cultural societies. A major 2018 study highlighted this, and a year later, it was still apparent that most (main) characters in children's books in English remain a) white and b) male.


Dual language books – “Do It Yourself”

One other option is literally to “do it yourself” when it comes to producing a dual language book. Technology really comes in to its own here.

There are some excellent practical ideas available from councils, libraries, publishers and educational establishments to help parents, guardians and educators make the most of the dual language resources that are available. There are also unique assistive technology devices, like Mantra Lingua’s patented PENpal, a talking pen which enables readers, parents, educators, guardians and caregivers to add authentic soundscapes to books, stories, posters, reusable stickers and educational resources. The technology has many other applications outside education. It can also be used to help those with SEN, to label items for domestic use, label your garden, support those with eyesight issues, or in dozens of other situations.