Skip to main content
Home Blogs admin's blog June bugs and barbecues or raining cats and dogs? What's the June weather like where you are?

June bugs and barbecues or raining cats and dogs? What's the June weather like where you are? 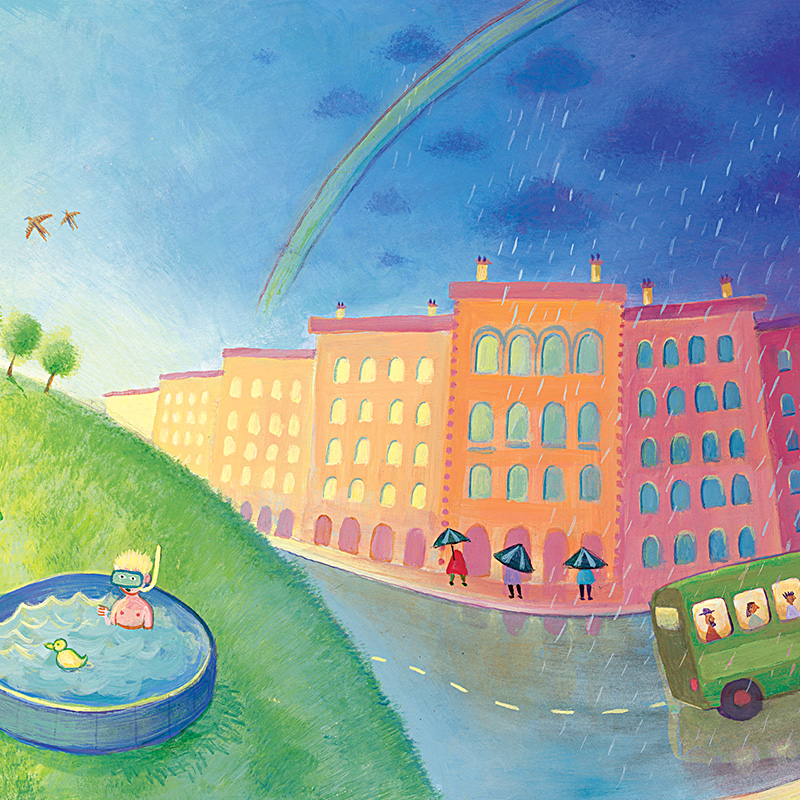 After a warm and sunny Easter, we had high hopes for a similar kind of summer - but so far it's been a bit of a washout, as they say. I know it's a cliché that we talk about the weather such a lot in Britain and many other countries, but to be fair, it's because we have such a lot of it. The fact that I have had to dig out wellies and waterproofs (and a sturdy umbrella or two) in the last few days really got me thinking about how we talk about the weather, in general. While we all know that climate change is now a reality, the daily weather remains a popular topic of conversation.
Firstly, it affects all of us, no matter what we do for a living. Secondly, it's a nice neutral subject. How many conversations can you remember that started with a variation on "Nice day, today, isn't it?" or "Tipping it down again, I see".
So, just for fun, here are a few terms to describe the latest torrential downpours, er, I mean summer.
There are lots of sayings about the months of the year - March, apparently, "comes in like a lion and leaves like a lamb", as the wild winds of the first half of the month give way to gentle breezes. Since April used to be a very wet month, April showers are next; followed by May flowers; which brings us to June. Flaming June; June bugs; June is busting out all over - these are just some of the sayings you might hear about this early summer month.
This year, however, it seems that you're much more likely to hear comments like "it's tipping it down outside"; "it's nice weather for ducks"; "I look/feel like a drowned rat" (if you get caught in the downpour), and "too wet to waddle" (okay, we might have made that last one up). It's great fun to think about all the different words in your language for rain, warmth, sunshine, and every other kind of weather you can think of.
And, as a postscript, I once heard a lovely story about an expression that many people know. On their first visit to London, a tourist from overseas had been out in town and returned to the hotel when the rain began in earnest. Greeting the reception staff, the tourist asked, "Is this what you call raining cats and dogs?"
The receptionist, utterly deadpan, responded, "No, sir, this is what we call summer".