Bicycles, balls and Video Assistant Referees - is June the month of exercise? 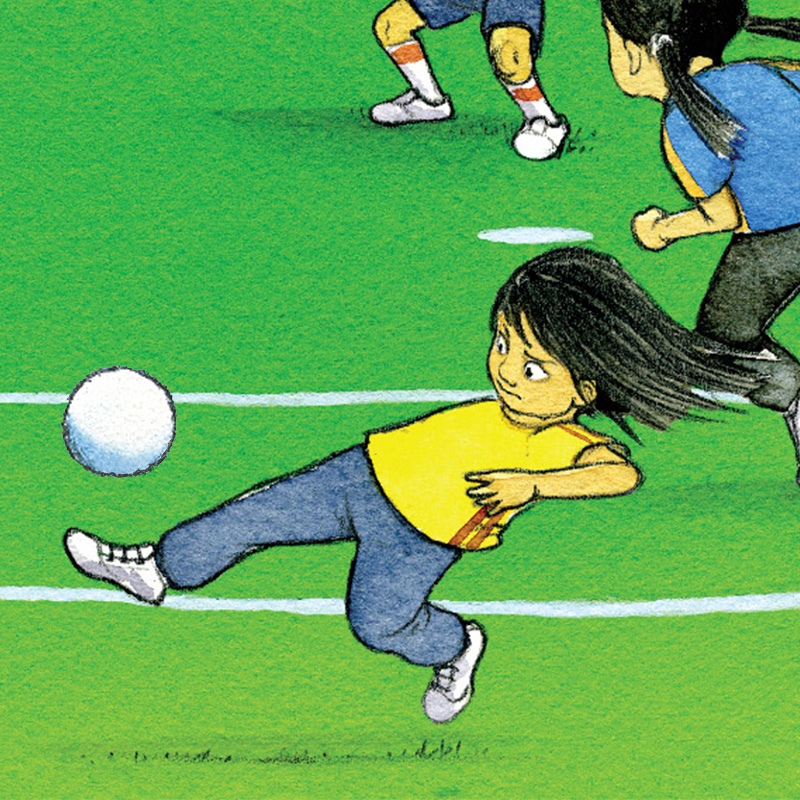 Even if you’re not much of a sports fan, or you just prefer to watch sport from the sidelines and cheer the players, you’ve probably noticed that there’s a World Cup going on. Just like the FIFA World Cup, the Women’s Football World Cup is regulated by the Fédération Internationale de Football Association, and takes place every four years. The first Women’s Football World Cup took place in 1991, when the United States of America won; just a dozen teams took part. By 2015, the number of teams competing had doubled and for the 2019 contest, 35 teams were in the initial qualifying rounds. The 2019 tournament is the eighth time that the competition has been held; France is the host nation, and for the first time in this tournament special Video Assistant Referee technology is being used. It’s great to see so much coverage of women and girls playing a sport that has traditionally been associated with men. There’s no reason why football (or soccer, if you prefer) shouldn’t be accessible to everyone. It seems we’ve come a long way since “Bend it With Beckham”!
It’s been quite a month for exercise so far – as well as the Women’s Football World Cup, Bike Week is well underway. The aim is to get people to make more trips by bike, whether it’s to commute to work, get to school, or just enjoy a short leisure trip. In England, minor roads in towns and cities are where you’re most likely to see folk cycling – with Cambridge topping the list of towns where people take to their bikes regularly, but on the whole, the UK is trailing behind most European countries. In the Netherlands, around 25% of all journeys are made by bike, for instance, and in 2017 Copenhagen topped the charts for the most cyclist-friendly city.
Research shows that cycling has positive effects on health, at all ages, improving fitness levels and well-being. It’s thought that road sense begins to develop for most children round about the age of eight to ten, so it’s essential that children are supervised until at least that age when they’re learning to cycle. Bikeability is a programme that can help teach the vital skills needed to cycle safely and effectively.
Whatever form of exercise you choose, the most important thing is to enjoy it.
References
Cycling
Martin, J. G. (2017) The best cities in the world for cycling in 2017 have been revealed, https://www.lonelyplanet.com/news/2017/08/25/cycling-europe-best-cities-2017/, 25 August 2017 (accessed 11 June 2019)
Cycling UK's Cycling Statistics (c2019), https://www.cyclinguk.org/statistics (accessed 11 June 2019)
What is Bikeability? (c2019), British Cycling, https://www.britishcycling.org.uk/cycletraining/article/ct20110111-cycletraining-What-is-Bikeability-0 (accessed 11 June 2019)
Palermo, E. (2017), Who Invented the Bicycle?, Live Science, 29 August 2017, https://www.livescience.com/44765-who-invented-the-bicycle.html,(accessed 11 June 2019)
Football
Women's World Cup (FIFA Women’s World Cup) (c2017), https://www.britannica.com/sports/Womens-World-Cup (accessed 11 June 2019)
2019 FIFA Women's World Cup (2019), Wikipedia,  https://en.wikipedia.org/wiki/2019_FIFA_Women%27s_World_Cup (accessed 11 June 2019)
Video Assistant Referees (VAR) (c2018), https://football-technology.fifa.com/en/media-tiles/video-assistant-referee-var/ (accessed 11 June 2019)