Happy Chinese New Year!
According to the Chinese calendar, 2019 marks the Year of the Pig, the last animal in a twelve year cycle. The beginning of February sees celebrations for the Chinese New Year around the globe. The exact date varies as the Chinese year uses the lunar calendar. In 2019, the first day of the New Year falls on 5 February. The Lantern Festival closes the celebrations and takes place on 19 February this year.
For over two weeks, there will be music, colourful processions or get-togethers, and, of course, delicious food to share. While the New Year’s Eve dinner is probably the most important meal, special dishes are eaten throughout the whole of the New Year period – usually in the hope of attracting good luck.
Read More 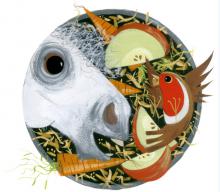 We are 'framily' - friends who become family
Festivals are a great time for families to get together. It’s Chinese New Year (5 Feb) and there will be feasting in this year of the Pig!
But let me share reflections on Christmas and maybe take ideas forward to Chinese New Year.
Read More 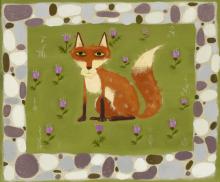 Reading ‘Mungo Makes New Friends’ to my 4 year old, she said at the end,
“Poor Fox. He was just wanting to make friends!”
And that took a totally new perspective on the story.
So I started to think of resolutions, one being not to make judgements too early. You could lose friends. And new year, new beginnings, new meetings... we could remind ourselves of resolutions.
It’s thought that people have been making New Year’s Resolutions for over four thousand years. The Romans were known to make offerings to Janus, god of January, and promise they would do good deeds in the year ahead. Janus had two faces, and was a very unusual god, in that he could look both backwards and forwards, to the year that had just ended, and into the future.
Read More

First Day Back at School, by Ali Harwood

The first day back at school is often a shock. Whether you are a child, a parent or a teacher, that long summer break may seem a distant memory by mid-afternoon on the opening page of the new school year.

The seasons seem to change so quickly…

Who Should Be Teaching The Teachers? by Ali Harwood

This is for parents, teachers and those interested in education and how it works. I read an interesting article in the TES recently – ‘Spare us from the hypocrites who preach about how to teach’ https://www.tes.com/news/school-news/breaking-views/spare-us-hypocrites-who-preach-about-how-teach - about the idea and reality of universities running our schools.

Our musings lately have been loosely based around special days and celebrations. Now, Refugee Week is coming up. This is an important one.

As the website for Refugee Week explains, the idea is to celebrate the positive contribution of refugees, to improve everybody's understanding, and to counteract certain negative media narratives.

EAL: The home language as a practical strength

Welcome back! We want this blog to become a resource for you. It's about sharing links to outstanding work in the field of EAL: academic writing, blog posts, video documentaries, or performance poetry. The references in today’s shorter post give some background to the information and ideas that we’ve been sharing over in our email communications, discussing Mantra Lingua’s eGrammar Tales. If you’ve just navigated your way here and want to know the context, you can sign up for the emails, or check out the tales. You don’t need to though. Please do simply enjoy and explore the links that we’ve put together.