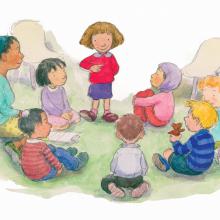 Breaking The Ice On Your First Day At School

It’s a major life milestone, your first day at school. Even for those who’ve already attended nursery, the first day at school can be so daunting. There are so many things to remember, so many new people to meet, new routines to get accustomed to – and that’s just for starters.

One of the most important aspects of starting somewhere new is learning the best ways to get on with all the new people you meet. And you’ve probably heard the expression “breaking the ice” when it comes to meeting people for the first time; but what does it mean, and what are some useful methods? 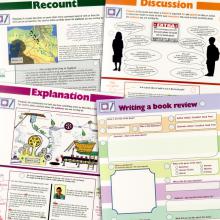 As the foundation for so many other aspects of education, literacy is one of the most important skills that we can develop. It isn’t just a case of reading fiction – we need literacy to understand instructions, read ingredients in recipes and on grocery packaging, to apply for jobs, and make sure that any medication we take is appropriate. Around the world, as educational opportunities have improved in many countries, the literacy rate has also gone up. 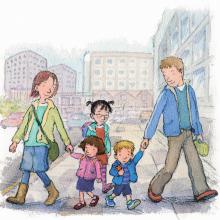 Back to School blues? How PENpal can help ease the burden

While it doesn’t seem like five minutes since we were all breaking up for the summer holidays, THAT time of year is here again. Yes, it’s time to start sharpening the pencils, making sure all the uniforms are in order, and getting the sandwich boxes ready: back to school for the autumn term. (Yes, we know in some parts of the world the school year has been underway for a while!)

Your first day anywhere can seem a little bewildering and very tiring: there’s so much to learn. New people to meet, new routines to learn, and new places to discover. So we thought we’d just mention a few ways that PENpal can help. 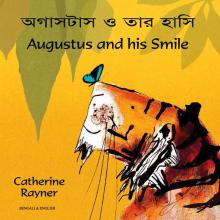 What do you mean, it's mensis Sextilis? What have the Romans got to do with August?

Have you ever wondered why, when it’s the eight month of our calendar year if we start counting in January, August is called August in English?

You might be a little surprised to learn that, until about 8BCE, the Romans called August Sextilis, since at that point, it was the sixth month of the year. The Roman lunar calendar used to start in March, not January, and originally the Roman calendar only had 10 months. 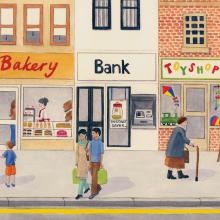 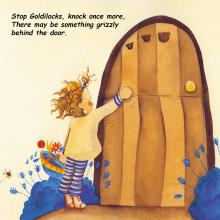 You’ve probably guessed that we love all things storytelling here at Mantra Lingua. We don’t mind if it takes the form of a picture book, or a dramatic performance, or a story or song with actions, or (one of our favourites) rhyme or chanting. And we’re always delighted to hear about new story champions for children. Now that the dust has settled from the excitement of the appointment of Cressida Cowell as Children’s Laureate for the next two years, we thought we’d take a quick look at what “Laureate” actually means. 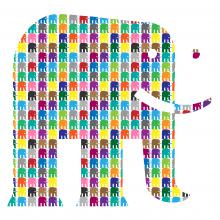 The elephant in the room? A few facts about our largest land animal

You might have noticed that Mantra Lingua’s logo includes at least one elephant – so we thought it might be quite fun to have a look at a few elephant facts. You probably already know that the elephant is the world’s largest land animal, and that they have rather large ears and a splendid trunk, but there are many other facts you might not know.

Natural history experts now think there are 3 species of elephant (they used to think it was 2). The species are the African bush elephant, the African forest elephant, and the Asian elephant.

Ear, Ear – How Do You Know If It’s An Asian Elephant Or An African Elephant? 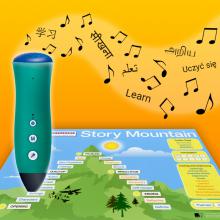 Do you know your ELGs from your EYFS? How Mantra Lingua can help Early Years Literacy

While literacy isn’t the only area of the Early Years Foundation Stage (EYFS) where Mantra Lingua’s products can help with Early Learning Goals, one of our specialist areas is storytelling, in all its forms.

How can Mantra Lingua help in the Early Years Foundation Stages?

Literacy is a lifelong skill: it’s the key to many other subjects, and essential for educational, social and, later on, career development. It’s not surprising, therefore, that the EYFS curriculum gives so much emphasis to Early Learning Goals (ELGs) in this area. 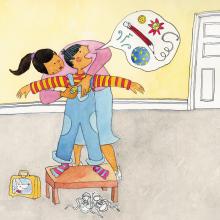 Language sponges of the world unite – how effective are bilingual books in early years education?

You know that nagging suspicion we’ve always had that babies who are brought up bilingual from birth are actually, well, wired a little differently when it comes to acquiring languages? Well, it turns out we were absolutely correct – according to the Infant Speech Perception Lab at McGill University in Canada, anyway. 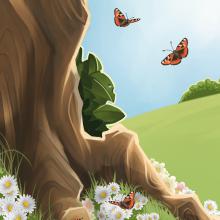 If you’re lucky enough to be on holiday at the moment, you might well be enjoying a little relaxation time in your garden, or a local park or nature reserve, enjoying the fresh air and flowers and being aware of the local fauna as well, including insects.