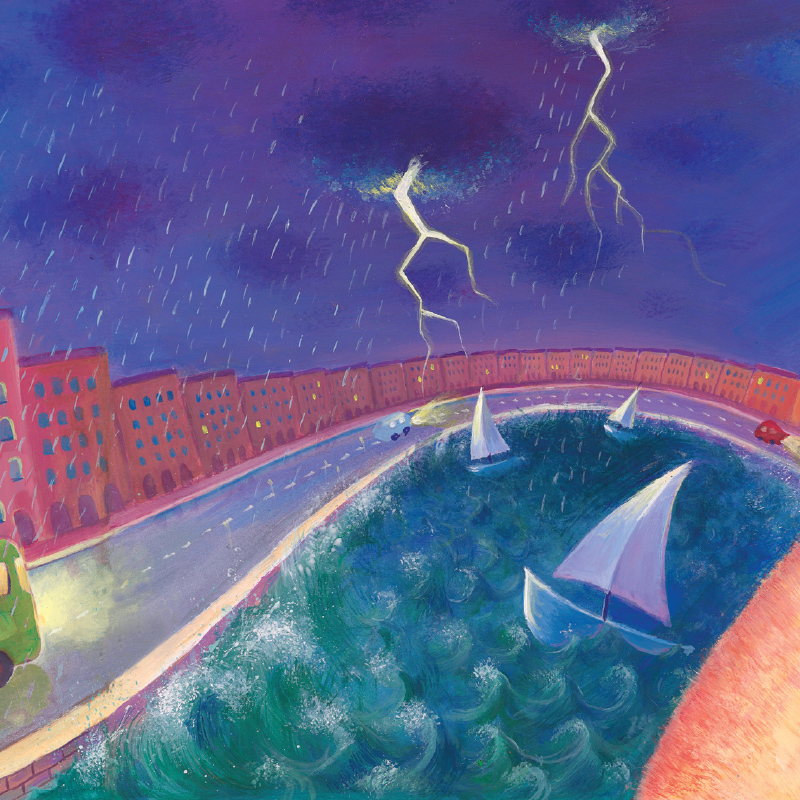 The Met Office actually owes its origins to Robert FitzRoy, a Royal Navy Officer who was the captain of HMS Beagle, the ship which took Charles Darwin on his travels. FitzRoy was always very interested in weather and how it affected sailing and navigation, and his daily weather predictions became known as “forecasts”. The office he established in 1854 later became known as “The Met Office”. In 1859, a terrible storm drove a steam clipper called the Royal Charter onto the rocks by Anglesey in Wales. Many lives were lost and it became apparent that accurate storm warnings could help to avoid such terrible disasters in future.

The government of the time allowed FitzRoy to test his warning systems; after so many years at sea, he was aware of the warning signs of approaching gales. The system was first tested in 1861, using drums and cones hoisted on masts to warn ships along the coast and in harbour that a storm was approaching. We now know this storm warning system as the shipping forecast, and it has undoubtedly saved many lives and helped seafarers and sailors make clear decisions on when to start and end their journeys.

The Met Office and other offices around the world now often use computer models to predict what the weather is going to do, so overall accuracy has improved. Before we had our current scientific methods, people mainly used observation, experience and folklore to help them predict what was going to happen, weather-wise. You might have heard the saying “Red sky at night, shepherd’s delight”, meaning that the following day was likely to be warm and sunny, or at least dry. The opposite view is given in the saying “Red sky at morning, shepherd’s warning”. In some parts of the world “sailor” is used instead of shepherd. There are plenty of others, including “see a ring around the moon, a storm is sure to follow soon”.

You might also hear “Rain before seven, fine before eleven” – in most cases, if you live in the Northern Hemisphere, this has been true historically, with weather fronts moving within four hours. In recent years, however, we’ve sometimes seen it rain for hours on end.

There are also sayings associated with particular months, seasons and dates. If March comes in like a lion, apparently it will go out like a lamb; if St Swithin’s Day, 15 July, is dry, then the next 40 days will also be dry; and if you see many berries on the bushes and trees in autumn, it's thought the coming winter is likely to be severe.

Some of these superstitions and sayings have their roots in what we now know to be scientific facts, but others are simply folklore. What sayings can you think of in your family or learning group relating to weather? And how accurate have you found them to be?

Unless otherwise stated, all links were accessed on 29 July 2019.