The benefits of bilingual books - six pertinent questions (and answers) 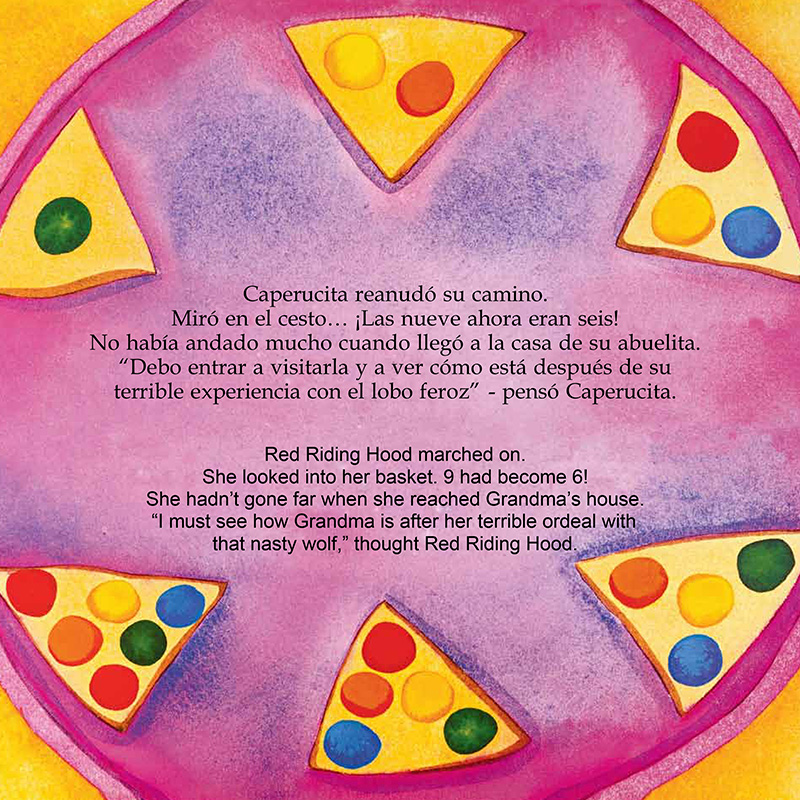 Bilingual books offer a way to bridge that gulf, and to reassure readers that it’s all right to speak two (or more) languages; it’s all right to mingle them; and knowing more than one language is an enriching experience.

While there is no shortage of books examining the state of being bilingual, there are surprisingly few publishers who produce bilingual books, and very few who publish bilingual books aimed at the early years of education.

Most of the research that does exist, at least that written in English, seems to look at a very small number of language pairs, commonly English and Spanish or Chinese and English.  There appears to be very little research into bilingual picture books, non-fiction works, or early years texts.

So what are bilingual books, anyway?

In the schoolrooms of the 1970s and 1980s, bilingual books were often known as “parallel texts”, and were often dull-as-ditchwater translations of ancient Greek or Latin classical tales. They’re also sometimes known as “side-by-side” books: there are several translations, for example, of classics now in the public domain (in most countries) like Alice’s Adventures in Wonderland. They’re also sometimes referred to as “multilingual” books or texts. Visual dual language dictionaries are one example of bilingual books.

Bilingual books don’t usually offer an exact word-for-word translation; anyone who has ever translated from one language to another will know that this approach often doesn’t work in any case. You will get a much better flavour of the story if a human translator with an understanding of literature and the respective cultures works on the text. (Just try putting a sentence or two into Google Translate or any of the other automated systems out there to see what happens with most word-for-word translations…)

A bilingual book will usually tell the story, or describe the content or instructions, on one side of the book in one language, and a second language on the opposite pages. For bilingual ebooks, the side-by-side approach may be used, or an above-below option.

In many cases, sound can also be added, to bring the text alive and help with comprehension. For print books like those produced by Mantra Lingua, specially designed assistive technology like the PENpal may be used, or computerised sound files.

When would you use bilingual books?

Mantra Lingua bilingual books are all illustrated in full-colour, with pictures which not only support the words of the story, but also facilitate understanding of the language.

Use the books to help young children discover the joy of a good story – at bedtime to lull them to sleep; in the afternoon to calm them and establish a routine; and as they grow older, to work on skills of vocabulary building, oracy and translation.

You can use them in the classroom, at home, for a picnic and storytime session in the garden, or the park, or at the beach – anywhere you like. The stories are also available in ebook format and several have other props available, such as Kamishibai story cards, to help build language skills.

Where can you find bilingual books?

Some libraries have bilingual books; check with your librarians.

There are also specialist publishers like London-based Mantra Lingua who offer a range of bilingual titles in English and a range of languages including Urdu, Panjabi, Polish, French, Arabic, Spanish, Russian and many more. The stories include modern childhood favourites like the Gruffalo; Brown Bear, Brown Bear, What Do You See; Aliens Love Underpants; and the Very Hungry Caterpillar. There is also a wide choice of specially written and illustrated titles including Food, Food, Fabulous Food and Goal! Let’s Play.

(By the way, did you know the Very Hungry Caterpillar has turned 50 this year? We think he looks remarkably young for his age….must be all that fresh food!)

Who is the target audience for bilingual books?

The target audience for bilingual books is, well, anyone who enjoys a good story. Bilingual books will also appeal to anyone who is learning or teaching a new language – parents, caregivers, guardians, librarians, teachers, children. And those who think kids’ books are just for children may not have been paying attention in recent years to phenomena like Harry Potter.

Children’s books are not just for children, and never have been. As well as helping adults to share their love of reading and stories with the next generations, children’s books can often make very complicated statements in relatively simple language. C.S. Lewis was absolutely spot on in his dedication to his god-daughter Lucy when he told her that one day she would be old enough to start reading fairy stories again.

Why would you use bilingual books?

Evidence shows that the sooner parents, guardians and other caregivers start reading to young children, the better. Reading to children helps the caregiver bond as well as building on vocabulary skills; and the benefits of the bedtime story have been documented in academic research for at least the last ten years. Picture books are often children’s first experience of the world outside the home, and the more images they can see that are “like me” the better. There is also evidence that reading aloud to children helps them prepare for the world of school.

If you’re using an ebook version of a bilingual book, one of the nicest aspects is that the electronic edition will usually hold your place automatically.

How can you use bilingual books?

There are dozens of ways to use bilingual books.

You could also work with the language learner to build on vocabulary, phrasing, syntax and grammar, either before or after telling the story; or you could work on building skills of imagination and logical thinking. What happens next? If you have very sophisticated learners, you could even look at telling the story in a different order – start at the end, or in the middle. While we’re on the subject of mixing up the order, you could also have sentences from the book printed on paper or laminated card and mix them up: a very popular activity in many language classrooms is putting things back into the correct order.

For group sessions, you could have a group read-along or ask individuals to read a few words or a page out loud, with or without actions. Depending on the subject, the story could also feed into other parts of the curriculum – Food, Food, Fabulous Food, for instance, could feed into sessions on healthy eating, while Mungo Makes New Friends could act as a starting point for making others feel welcome in a group. You could also use the books as a basis for pair work and for encouraging learners to write the story in their own words.

There's really no limit to how you can use bilingual books - the learners themselves can probably even suggest a few ideas!

Lewis, C. S. (2009), dedication to Lucy Barfield, his goddaughter, The Lion, the Witch, and the Wardrobe: A Celebration of the First Edition (New York: HarperCollins, 2009), facsimile edition. https://www.quotenik.com/c-s-lewis-dedication-lion-witch-and-the-wardrobe/, accessed 20 June 2019