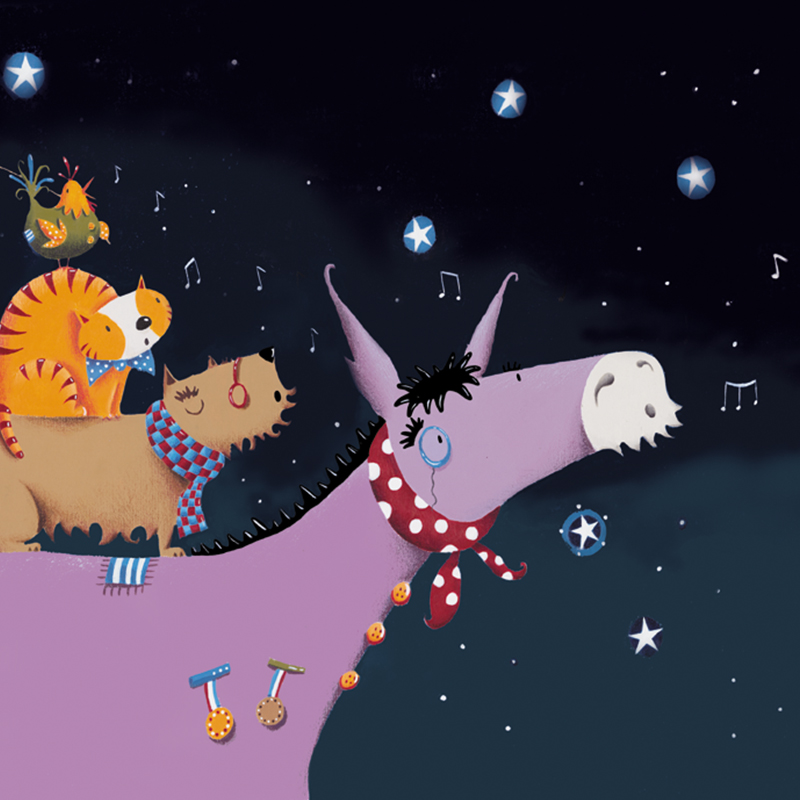 Every language has its own rhythm, and songs are a great way to teach this. They can also be used to teach cultural points, or scientific facts – hands up, who knows the colours of the rainbow thanks to the song “red and yellow and pink and green, orange and purple and blue”? And whatever your native language, “head, shoulders, knees and toes” makes a sweet song with actions. That’s before we even start with “Dem Bones” or “The Skeleton Dance” where the neck bone's connected to the backbone, and so on.

Rounds, like “London’s Burning” or “Frere Jacques” can be used to teach harmony and working in groups, as different rows or tables of learners in the class join in, and there are numerous songs to teach numbers, particularly one to ten. “There were ten in the bed and the little one said” has helped pass many a long car journey. From a practical point of view, starting the lesson with a song can also help learners relax (once the giggling is over), and since music can often bridge the gaps between languages, it can help reinforce the idea of working in groups or as a team.

So here are just a few ideas on how songs can be used in the language classroom. One other aspect of using songs for language learning that isn’t discussed very much in the literature is also that, when you are singing, accents can be minimised – so strike a chord, and let’s get singing!

Unless otherwise stated, all websites and links were accessed on Monday 29 July 2019