In the Land of the Northern Lights 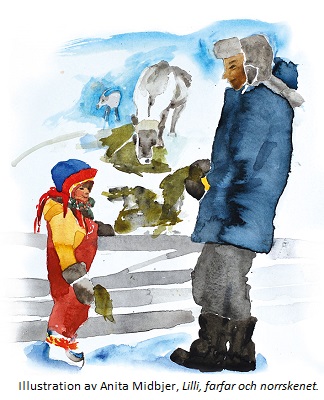 How do you explore languages and cultural differences in your classroom? It's often through looking at cultures we perceive as "different" that we discover things we all have in common. This week we look at the northern lights in mythology, but you can also take the time to talk about what causes the northern lights with your class from a scientific perspective.

In the very north of Sweden and the Scandinavian countries there is a territory called Sápmi. This is home to the Sámi people, and many still live here today: some families carrying on traditions like reindeer herding and reindeer rajds, where long caravans of reindeer with small sleds run across the frozen ground from one place to the next.

When you live that far north, in the summer the sun sets so late that you get “midnight sun”, and the day never gives way to night. The winters are just as dark as the summers are bright, and that is why we meet Lilli as the dark falls in the early afternoon in December. Can the children in your class explain why it might get very dark in the northern hemisphere in the winter, but lighter in the summer?

Lilli is a little girl who has a strong relationship with her grandpa, and together they are met by the northern lights in all their splendour. In Sámi culture, Aurora Borealis are much more than a pretty spectacle caused by the sun. An old Finnish myth calls them “Revontuli” (Fox Fires), and according to that legend, a giant arctic fox beat his tail so hard that sparks flew across the sky, turning into the northern lights. 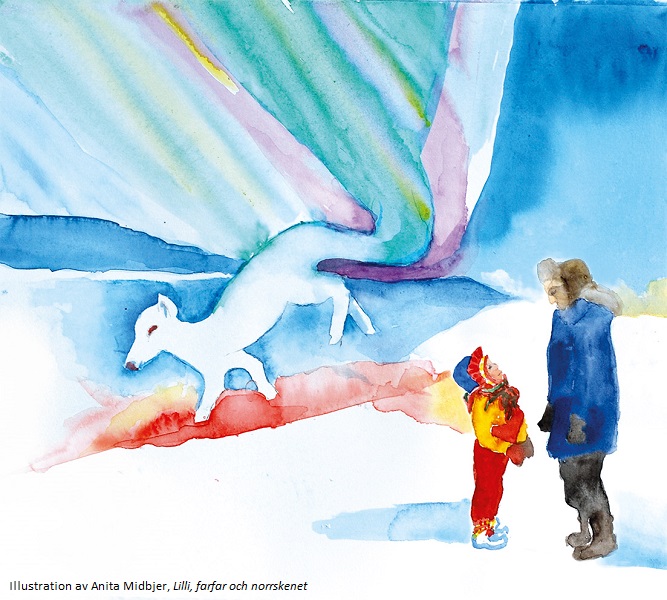 But some Sámi myths also see those we love who have passed away in the lights, and so Lilli sees her grandmother, watching over them all.
See if your class can come up with their own stories about the northern lights.

When we pass on a language to our children and grandchildren, we also pass on the stories and culture that are part of that language. If the students in your class speak different languages, take the time to share what words and concepts are unique in different languages. Lilli's grandpa tells her about what life used to be like in the past, and shows her his traditional garments, a hat and coat that has a different name in each Sámi language. 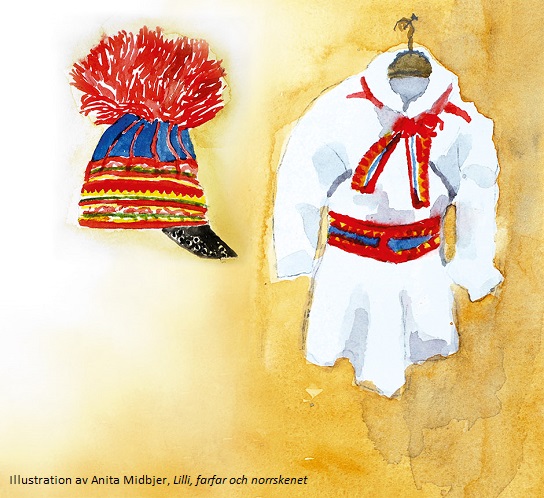 This book, by Elin Marakatt and Anita Midbjer, received a great response, not only among the Sámi community in the north of Sweden but by children, parents, and teachers across Sweden and Norway. We are proud to have worked with NDIO kultur & kommunikation to make this book possible, and keep not one, but five Sámi languages alive, along with official minority languages in Sweden like meänkieli, a Finnic language spoken by a community in Torne Valley the north of Sweden.
Have fun listening to different languages with your class in the short video below. Which ones do you recognise? How do the languages sound different, and how are they similar?